A video shows officials pushing an elderly man during a Black Lives Matter demonstration in Buffalo, NY, in June 2020 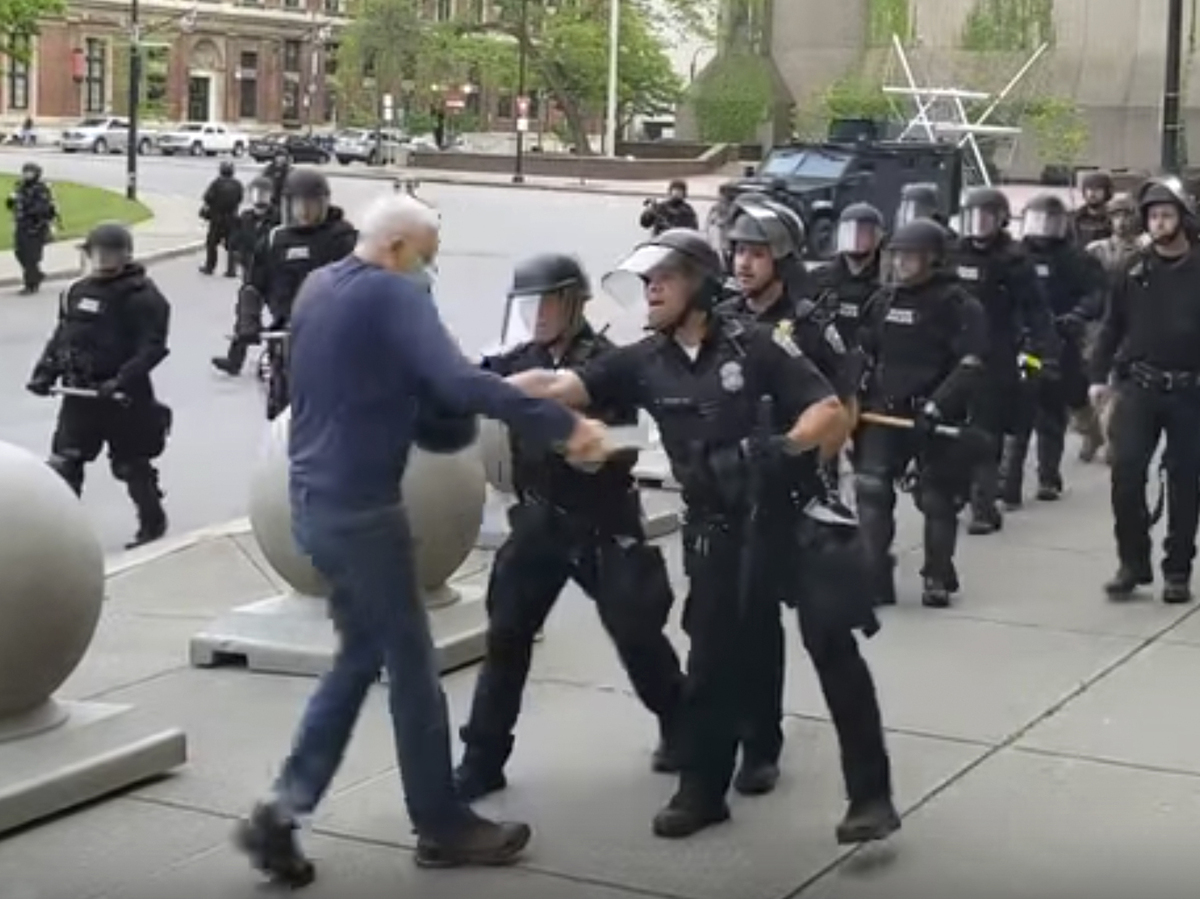 A video shows officials pushing an elderly man during a Black Lives Matter demonstration in Buffalo, NY, in June 2020

The incident occurred in Buffalo on June 4th during a Black Lives Matter demonstration.

Gugino cracked his skull on the sidewalk and suffered a brain injury. He spent a month in the hospital. The image of the confrontation went viral.

During a press conference, Flynn alleged that the attack justified the criminal charges he had filed.

“The video speaks for itself,” said Flynn. “If the individual victim is 65 years or older and the perpetrators are 10 years younger, they will reach this level of crime.”

The grand jury’s proceedings were kept secret, and Flynn said he could not provide any insight into what evidence he was presenting or why the charges were dismissed.

He predicted that some members of the Buffalo community would accuse him of not pursuing the case aggressively enough.

“I’ll get this review, no doubt about it,” Flynn said. “I’m telling you, I haven’t put anything with sandbags. I’ve brought all the relevant evidence to this grand jury.”

The union, which represents officers McCabe and Torgalski, issued a statement praising the decision and saying the men would “follow departmental procedures.”

The two officers are not expected to face any further charges.